Doing business in Poland and Radom 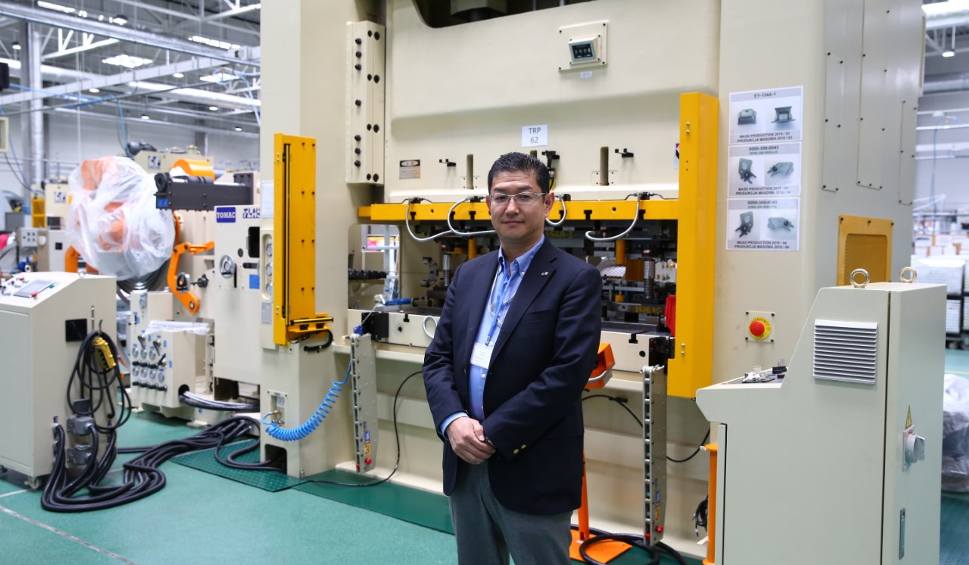 Interview conducted in July 2017 with Mr. Daisuke Saito – CEO of TOHO Poland Sp. z o.o. on the occasion of the 15th anniversary of the company:

The TOHO company celebrates its 15th anniversary in Radom, Poland. Certainly some of the customs in Polish business were a surprise to you. How did you remember the beginnings?

Since 1997, my Japanese company TOHO Industrial was looking for a place to build a factory. We considered countries such as India, China, Poland and Thailand. We looked in detail at the pros and cons of investing in all these countries. In the end, without any hesitation, I decided that Poland was the right place. A good place was also the city of Radom, because our main client is in Kielce. We decided to open the factory in Poland in 1999, and its activity began in 2002. At the beginning of our operations in Poland, the biggest surprise for me was that when we ordered various services, it was difficult to organize the timely delivery of such services. I have always heard that the service will be done for tomorrow, but tomorrow usually the order could not be completed. I once asked someone why he was telling me something would happen tomorrow if he could not keep the deadline. I heard in reply: if I told you that it would be in a month or something like this, it probably would not satisfy you and you would find another supplier. In Japan, deadlines and procedures are strictly followed. There is no question of “slipping”. For managers from my country, it is hard to get used to the fact that something has to be, and finally it is not.

How do you assess the knowledge, competences or effectiveness of Polish workers? Probably there is still a lot to do in Poland.

Already at the beginning of our presence in Radom, I noticed that Poles are hard-working and very intelligent people. After 15 years and after various experiences, our company has undergone positive changes. A lot has also changed in the Polish economy, but also the European economy is currently in very good shape. There are increasingly higher standards in Poland. The “we will do it tomorrow” problem is already significantly reduced. The level of task completion is quite similar to that in England and Japan. Poles are, to a large extent, Catholic and hence probably a great self-discipline of employees. Many of our employees have been with us from the beginning, they identify with their company and workplace. However, we note an increasing rotation, especially among young people. They see many opportunities, for example, the opportunity to go and work in their profession abroad, are more prone to change, risk. But I understand it and I also appreciate the participation of these people in the development of our company. The training of employees in our company in Thailand lasts three times longer than in Poland.

Are there any further investments in Poland, in Radom?

When we started business in Radom, the company employed 30-40 employees, now we employ 170 people. We started with 10 presses, now we have over 150 machines in the hall. In 2016, we changed the location from Kozienicka street to Samorządowa, but we want to stay in Radom. We still have some space in the production hall, there will be even more machines. We expect an increase in orders. We have clients all over the world, not only in Europe. The company’s situation is very good, we will develop the plant.

Does a visitor from the Land of the Rising Sun be able to get used to Polish cuisine, or miss sushi?

Polish cuisine can be quickly liked. I love pork neck steak, and of course, Polish dumplings. For many years I was loyal to one brand of Polish beer, but I changed my preferences for competitive beer, but a Polish beer companion.